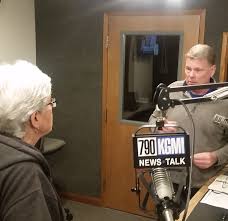 On April 22nd, Alcoa announced the curtailment of its Ferndale WA. Intalco smelter, a move that will impact the local, state and national economies.  It is the only operating smelter in the Western United States, and employs over 700 skilled and union workers.  The smelter has one of the highest production capacities in the U.S. at 280,000 tons per year.  If it closes, the community will lose 700 high paying jobs, and significant tax revenues.  It will take millions of dollars and possibly years to restore its capacity.

Aluminum is the most recyclable metal on the planet.  It is used in almost every aspect of economic production and national defense infrastructure – planes, tanks, missiles, bridges, railways, buildings, machinery, computers, cars, trucks, transportation and on and on.  It is prevalent in almost all health care equipment, from ventilators to hospital beds.

China has subsidized rapid expansion and saturation of the aluminum market with cheap, carbon producing, coal fired energy.  The CCP’s economic hybrid system subsidizes smelters and power with significantly fewer environmental regulations than in Europe and the U.S., with dire environmental consequences.

The U.S. has only seven operational aluminum smelters – China has over 140.  America may soon be down to four in weeks, not years.  A loss of U.S. aluminum manufacturing will be a direct threat to U.S. national security, our local economy and economic independence.

U.S. aluminum is teetering due to this pandemic.  The crisis has hit home at Intalco, and will cost high-paying jobs in our community. The U.S. cannot allow CCP “authoritarian capitalists” to dominate this critical industry.  In a geostrategic quest for power, the CCP could not have planned it better. 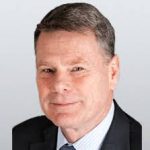 Lieutenant Colonel James McKinney is a retired U.S. Army Foreign Area and Intelligence Officer with over 30 years of service in strategic, tactical and special operations assignments around the globe.  He is now a defense and strategy consultant, and serves on the Board of Saturna Investment Trust.