In the record Primary it took many of the Fourth Corner Counties (and Washington State) days to count thousands of remaining ballots.  Skagit and Snohomish Counties had thousands left to count by the Friday after the election date.  It took Whatcom County less than two days to bring their total down to the hundreds.

The Fourth Corner asked the County Auditor Diana Bradrick why the big differences in processing checked in ballots AND in being able to get the count done in such a timely fashion when most other Counties took so long and left races in doubt.

The short answer was “Staff and Process”.  She did admit that with the aid of Federal Grants the Elections office was able to purchase a new check-in scanner for ballots AND  new Vote Counting machines which contained the newest technology in scanning ballots.  As a result the need to duplicate ballots because of the spilling of coffee, coca cola, and 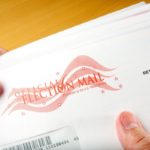 other stray marks and crinkles was reduced a great deal.  And check in and accepting ballots worked at a much better rate.  Staff has been trained as well to work with the technology and apply it to all the new laws the state has enacted on elections.

The staff, of course, has had to adapt to new registrations happening up until 8:00PM on election night.  Last year was the first year of the new state law allowing new registrations so late in the cycle. This election will test the methods learned to the limit because of the heavy voting on the Presidential Election AND the COVID procedures; but Bradrick says they are as prepared as they can be.

The auditor stated that the turnout so far “is close to the number of  what we get on a normal general election”; that is with 11 days left to receive ballots as of this writing.

She has hired more part time help than usual and this allows for pickup at the ballot boxes every day by two people for certain.

See our Ballot box story here.  There are 4 ballot boxes in Bellingham placed on College Campuses, one at the County Courthouse and Sehome Haggens.

The Auditor has also asked local law and security organizations to “keep an eye on the Ballot Box locations” on their normal patrolling.  The Fourth Corner is told that there are more security measures in the offing. 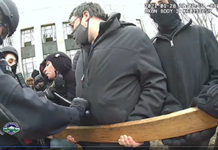 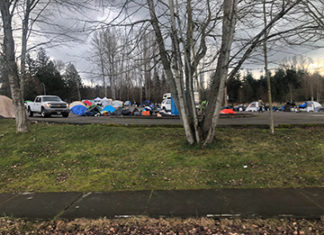