Whatcom County Council At-Large Candidate Mike Peetoom’s( info here …and here ) Candidate Statement was censored by County Election Staff Friday afternoon. Part of his statement under increased scrutiny by the Auditor’s office included this phrase “I didn’t see anyone like me sitting on the Council.”

Subject: Problem with your statement for the LVP

We received your biography, statement, and photo for the August 7th Primary Election 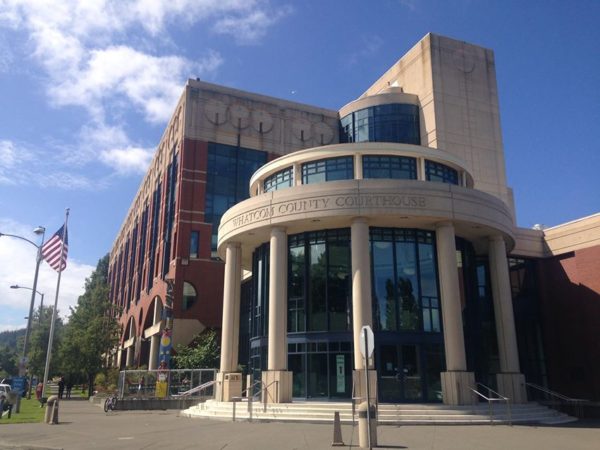 Local Voters’ Pamphlet, thank you.  There was a problem with a portion of your statement, see highlighted portions below.  Candidate statements shall be limited to those about the candidate themselves, including their goals and visions for the future.

Statement: Many of you already know me. I’m an everyday family man and long-time resident of Whatcom County. I enjoy helping others and working to improve our community. But I’m frustrated. I attended a County Council meeting two years ago and I didn’t see anyone like me sitting on the Council. I saw a lot of upset people in the crowd who the representatives on the Council hardly seemed to notice. Current policies in our county have given many working-class citizens no other choice but to leave our community to find a more affordable place to live and work. The mismanagement of our county is leading to an imbalance. Misguided politics and over-regulation have become our downfall. That can’t go on. We need more balance on our County Council. I will work to unite our county and give a voice to the people.

When you elect me to the Whatcom County Council, At-Large, position B, my efforts will be focused on listening to you and bringing balanced solutions to the challenges faced by the average citizen, worker, and business owner of Whatcom County. I appreciate your vote and support. Thank you!

Diana Bradrick, Chief Deputy Auditor left no room for discussion, stating, “Please reply and include the revisions to the highlighted portions of your statement by Tuesday, June 5.”  “I stand by my statement as it was originally written,” Candidate Peetoom said.

OTHER BACKGROUND LINKS:
Administrative Rules Whatcom County Local Voters Pamphlet
Candidate Filing Manual
Other Candidate Statements from 2016 and 2017 appearing in those voter pamphlets.
Determination by prosecutor-Candidate statements shall be limited to those about the candidate only.  They shall not contain profane, libelous, or defamatory language or any matter prohibited by federal and/or state law.  Any such statements will be reviewed by the Prosecuting Attorney and the candidate will be notified of the prosecutor’s determination.
Censorship defined
LVP- Local Voter Pamphlet – is a document sent to each voter in Washington and Whatcom County for all races, issues and other information for a voter to make an informed decision in their voting choices. Not appearing in this document; that touches each voter in the area; means a candidate’s information will not be accessible in this taxpayer provided source produced at government expense.
FOURTH CORNER THOUGHTS
Dear readers this is not a private company restricting the open way it has done business in the past like Facebook (article here) it is a government entity attempting to control speech on the face of it and as far as I read the Administrative Rules there has been no legal review done.
This is not the removal of cuss words or libelous content it is asking candidates for office to change the words of what they believe to placate county government and the punishment for not changing those words will be that this speech will not appear in a Voter’s Pamphlet sent to every voter in Whatcom County!! What do you think?