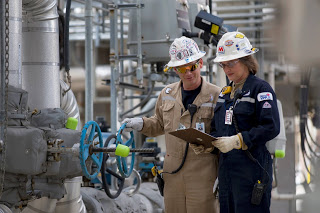 In a press release dated Jan 21st 2020 from their Houston Texas & Ames Iowa Headquarters the company siting “permitting delays and uncertainties.” have stopped a project here in Whatcom County stating:

Here is the full Press Release

This comes on the results of an election in 2019 that brought a well known environmentalist to to the County Executive position as well as the re-election of AT LARGE Council person Carol Frazey who will continue to vote for moratorium government and continue the 4 year policy of No upgrades or changes at Cherry Point. See the Fourth Corner Story Four Year Temporary Moratoriums Under Fire. here

The Fourth Corner has learned that New County Executive Satpal Sidhu sat down to listen to the managers at Cherry Point soon after he was elected; and The Fourth Corner is working to get more information on those conversations.

This comes just two days before ballots go out for all 7 Whatcom County school districts to renew their levies.

Stay Tuned for more details from Council Person Kathy Kershner and others as soon as they break.!!