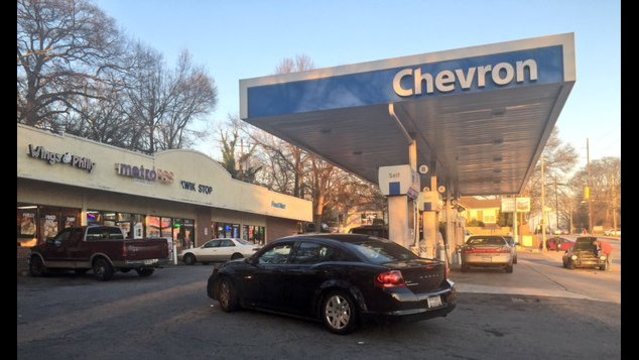 Senate proposed legislation for a new carbon tax may add up to $.30 a gallon more to be paid directly at the pump by Washington Tax Payers.

In a speech made to the WSSDA (Washington State School Director’s Association) conference on Jan 28th in Olympia the Governor spoke about the results of the McCleary Decision and stated that he wants additional money for education to be budgeted this year; spending down the State’s Reserve fund to do so. “We’re not doing anything with it ” he stated. And he continued to say that he would replenish the Reserve next year using the Carbon Tax dollars to get the job done. Following is that  excerpt from his speech.

The Carbon Tax bill in the Senate is listed as “Request: Governor Inslee” and is numbered: SB6203 here.  It is co-sponsored by Sen Kevin Ranker of the 40th District which embraces South Whatcom County, San Juan County and parts of Skagit County.

Here is more information on the bill and Carbon claims by the Washington Policy Center:

“Fact-Checking Governor Inslee’s Carbon Tax Claims” . The article argues that some of the Governor’s claims may be suspect and Todd Myers of the Washington Policy Center supplies several links to make that argument.

The Senate Bill Report is here and has the following paragraphs that direct where the funds may be allocated.  There is no allocation to put the funds in the State Reserve Account. As a matter of fact  the legislation creates all new bureaus to do so.

“Revenue Allocation. A Carbon Pollution Reduction Account (Account)is created in the State
Treasury. All revenues generated from the carbon tax, and any other revenues directed by the Legislature, are deposited into the Account. First, funds must be appropriated to DOR for administrating the carbon tax, and then the remainder is distributed as follows:

50 percent to the Energy Transformation Account;
35 percent to the Water and Natural Resource Resilience Account; and
15 percent to the Transition Assistance Account”
It is possible at this time that this new tax may generate a billion dollars a year and be collected from Washingtonians at the gas pump.

Sign up to receive your Conservation District Ballot HERE.

Conservation District Election Coming up on 3/13/18.  SIGN UP NOW to receive your ballot in the mail.  You will not receive a ballot if you do not request one.  Everyone needs to be heard in this election. (Update- There are less than one thousand requests at this time from rural Whatcom County… last year’s turnout was over 3,000).