This is a Followup on an article published September 7th in the Fourth Corner here. 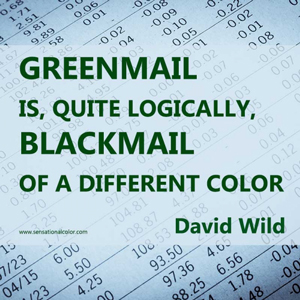 Cargill’s Tim Loesch, Director, Communications for Cargill Animal Nutrition; released the following statement from Cargill’s Headquarters in Minnesota.  Highlight: “We thought this was the best decision for everyone involved in the matter.”

“We have jointly decided to settle the dispute with the  Puget Soundkeeper Alliance of Seattle and Re Sources for Sustainable Communities of Bellingham.  We thought this was the best decision for everyone involved in the matter.  Environmental stewardship is important to Cargill.  Over the last several years, we have worked very closely with the state of Washington Department of Ecology and city officials in Ferndale to help ensure our plant is compliant with local and state stormwater regulations, and we will continue to operate in an environmentally responsible manner.”

RE Sources agrees to settlement:

RE-Sources in Bellingham states that “$70,000.00 will go to Supplemental Environmental Projects or ‘SEP’s'”.

Since this is an extra-governmental process the funds then take a journey through a non-government-organization bureaucracy that includes:

And although the Fourth Corner uncovered the fact that RE-Sources has in fact received funding in the past from the Rose Foundation. RE-Sources claims none of the funds received in the settlement will go to them or Puget Soundkeeper Alliance.

RE-Sources and Puget Soundkeeper Alliance explain their right to sue and redistribute wealth in this report.

In this case all parties fail to disclose the amount of lawyer fees received by, Smith & Lowney PLLC ;a legal firm in Seattle. In the case described by the Fourth Corner here Teal Jones paid $81,000 into this “SEP” fund and the same law firm of Smith & Lowney collected a reported $89,000.00 in that settlement.  The Complete Press Release on the Cargill settlement from RE-Sources is here.

What kind of overhead does it take to get cleanup and restoration done?

The Fourth Corner believes we should think about a better way:

Is RE-Sources a real asset to the community?:

Why don’t we figure out how to stop threatening jobs, making Lawyers rich and bringing divisive government to Whatcom County?  Why not work with the business community in Whatcom County and team up on restoration and our water quality issues. How about making certain that communication is open with the Department of Ecology and then do the work to write up what is exactly required from the community to clean up past issues… BEFORE we call the Lawyers.