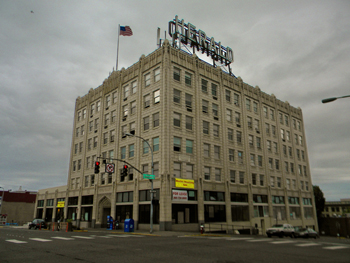 The Bellingham Herald runs a front page story based on what looks like a local blogger’s rumors and innuendos and a quote from a secretary at the EPA’s office not authorized to speak on Personnel changes.

Without quotes around the statement the Herald states that: He (Ericksen) will start his position some time in the near future…. (at the EPA).  Anyone reading this story would expect that the Senator has quit his legislature job and is moving on.

Beyond this the herald has no confirmation on the facts of their story. Only innuendo and an EPA District 10 secretary not involved or authorized to make comment.

One major thing missing from the Herald story, at this time, is any yes or no response from the Senator or anyone authorized to speak at the EPA.  The Senator states he will be in  Olympia on Monday getting ready for the legislative session.

Here is the statement from Senator Ericksen:

Statement from Sen. Doug Ericksen “Sen. Ericksen has now and has always had many opportunities outside of the Legislature. He has always tried to do what is right for his constituents, the state and his family. Sen. Ericksen has decisions to make in the near future but he has not resigned from the Senate nor has he said that he plans to resign.”

This is an important story: 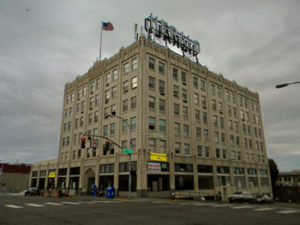 Yet the Bellingham Herald has decided to print a front page story based on less than reliable sources.  These sources seem not crossed referenced or verified for such an important presumption on the Herald’s part.

Sadly many other news sources, including Seattle’s King 5 and the Spokane Spokesman Review have taken up this story that certainly has little merit based on the sources and may likely be untrue in its essence (that Doug Ericksen is taking an EPA job).

But even so if the Herald believes Sen. Ericksen is resigning:

They might do a few paragraphs on his record… protecting family wage jobs here in Whatcom County among other accomplishments. Instead the Herald takes the opportunity to rehash stories after Hiliary Clinton’s defeat for the Presidency in 2016.

The Bellingham Herald uses a hit piece philosophy using references  that were authored in early 2017 as their basis for printing accomplishments of the Senator’s time in public service.

A radical far left environmental Blogger (SJ Robson) takes credit for the Bellingham Herald Story here stating on the facebook page: “This is a follow-up to my December 21, 2017, FB post about Senator Doug Ericksen’s….”