A lot of media time is being spent on the Charlottesville violence.  And emotions from many run high. This can be a ripe time for the left to attack our very basic rights and divide us by defining who is  a “hater” and what actions are the “moral equivalent” of someone else’s actions.

Hate Speech IS protected by the first amendment to the Constitution of the United States. We can hate the speech, deplore the speech, call for the speech to stop, or judge the speech.. But all citizens in this country have a right to have non-filtered political speech.

Many think the media, in its current form, have become a center of organization to divide our country on issues by stereotyping wide swaths of people as “haters” and, in addition, the media consciously ignore violent groups of people THEY happen to agree with. This is an apparent attack on the very roots of our freedom in this country and it is ironic that many in the press wish to use these divisive tools to limit people’s speech. It is the First Amendment that has allowed unfettered free political speech to prosper in the past; the press included.

Our first right in the Bill of Rights… Is the very key to what makes our nation the place everyone in the world wishes to come and is the very basis of our freedom. 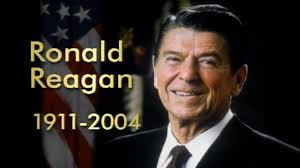 Ronald Reagan stated that: “Freedom is never more than one generation away from extinction. We didn’t pass it to our children in the bloodstream. It must be fought for, protected, and handed on for them to do the same, or one day we will spend our sunset years telling our children and our children’s children what it was once like in the United States where men were free.”

So this is another time when an educated citizenry has to be certain that not only the powers of government will not overcome individual freedoms but that media and other power centers don’t abrogate our basic rights.  A line in the Canadian National Anthem best describes our duty as free Americans… Change Canada to America: “Oh Canada, we stand on guard for thee.”

Become educated so you can “stand guard” fellow citizens during this time that most of the media is attempting to drag our Republic down.

Knowing how the politics works is very important for an informed public right now. Being apprised of what in fact may be a larger more lengthy goal of the left leaning American Press and their allies here in the United States is a must.

Below Senator Doug Ericksen 42nd District has described what he believes to be the case.  It is worth the read.

Many people have asked me about the Trump Administration and what is happening in America today.

What we are living through today is an organized nation wide attempt to implement the strategies of Anti-American Communist Saul Alinsky as laid out in his book Rules for Radicals.

If you are not familiar with Alinsky, below are his 8 levels of control needed for a communist/socialist state. Alinsky has been talked about featured and complimented by national leaders of the Democratic Party such as Pres. Obama and Hillary Clinton as well as local leaders such as Kevin Ranker who featured Alinksy as a model on his recent speaking tour.

According to Alinsky there are eight levels of control that must be obtained before you are able to create a social/communist state.

1) Healthcare – Control healthcare and you control the people.
2) Poverty – Increase the poverty level as high as possible; poor people are easier to control and will not fight back if you are providing everything for them to live.
3) Debt – Increase the debt to an unsustainable level. That way you are able to increase taxes and this will produce more poverty.
4) Gun control – Remove people’s ability to defend themselves from the government. That way you are able to create a police state.
5) Welfare – Take control of every aspect of people’s lives (food, housing and income).
6) Education – Take control of what people read and listen to; take control of what children learn in school.
7) Religion – Remove the belief in God from the government and schools.
8) Class warfare – Divide the people into the wealthy and the poor. This will cause more discontent and it will be easier to take from (tax) the wealthy with the support of the poor.

One of the fundamentals of the Alinksy implementation model is to isolate and marginalize your enemy. That is what this organized alliance of the Extreme Media (Network news, WA POST, NYT, etc.) the deep state, and the George Soros funded groups are attempting to do to Pres. Trump. Click here for some common sense about the violence in Charlottesville