REMEMBER TO VOTE: Save hassle and postage Here is a List of Drop Box Locations

Meridian Auditorium was full Thursday Night October 19th as Voters were reminded that it is election time and why it is so important to be active in local politics.

It was brought to the community by Common Threads NW, The Fourth Corner and KGMI Radio

Here is the Video of the event: Movie of all three Speakers here  Each speaker is separated below.

Tim Eyman talks about facing up to government power as the Washington State Attorney General works to silence him.

The story-line on Tim Eyman is that he is a “showboat” that he makes money on what he does for the people. That his initiatives are a waste of time and money.  Well take a look at his time in Whatcom County on Thursday the 19th he does a good job of responding to those criticisms with his presentation.

Persistence is the word:

Tim Eyman said: “I get asked all the time why do you keep going?” His answer was that the only thing the institutions of government understand at the end of the day is Persistence.  He reminded the crowd that “Government never Stops”. He stated that the “other side wants you to think you can’t beat City Hall”. He said “public elected officials do not have a monopoly on what good policy is.  And once in a while the people have a better idea”. See and hear his thoughts in this UTUBE presentation Wearing his orange “$30 tabs T-Shirt”; U-tube of Tim Here.

Glen Morgan talks about fixing the Public Disclosure Commission and stating how it is slanted toward incumbents because of the difficulties in the Campaingn Finance Laws for new people trying to become involved in the system.  He also explains that many have broken these rules in getting elected to public office. He and others will continue to file complaints against those public officials not in compliance with the law.

You can see Glen’s comments at the October 19th Get out the Vote event here. 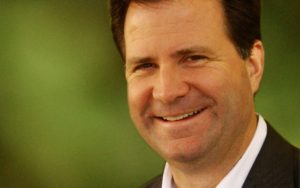 Lars Larson brings it all together by explaining his capability to be a megaphone in the Fourth Corner and beyond into Oregon, California and Idaho as well as the rest of Washington State in getting people motivated to just tell their candidates and representatives “no” when running for office.

An update on the Hirst Decision from Rep Mary Dye from 9th District who appeared on the Todd Herman Show here.