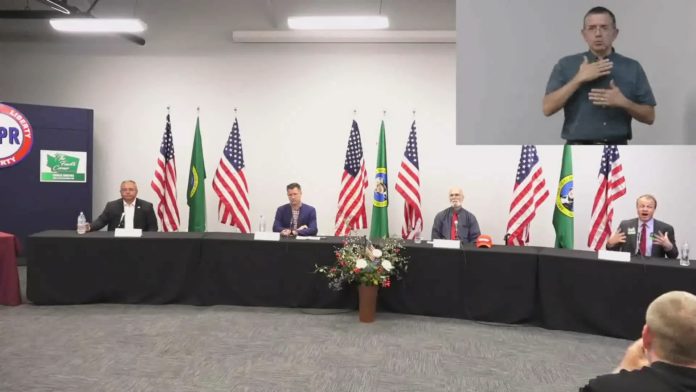 The Fourth Corner and Common Threads Northwest sponsored a debate on Thursday June 18th with four of the 36 Candidates for Governor it was carried on KGMI Bellingham; KTTH Seattle; KONA TriCities and picked up by TVW.  The details of the event are below: 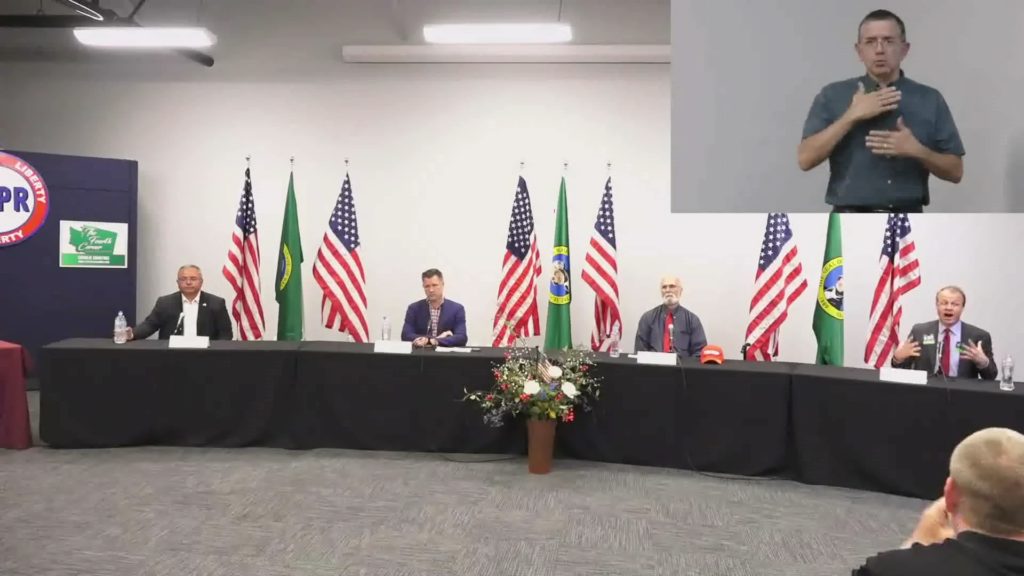 In a two hour debate the four Republican candidates went back and forth with questions asked by the moderator and then asking questions of each other. They were on the stage because they were the four top money raisers on the Republican side.

The Primary (Ballots out July 18th voting ends on August 4th) features 35 candidates vying for Governor against the incumbent Jay Inslee. There are a total of 12 challengers that have raised money but only 4 that have raised over $100,000.00.

The debate was carried live on TVW, Streamed live on CommonThreadsNW.org and carried on Radio at KGMI Bellingham; KTTH Seattle; and KONA in the Tri-Cities.

It was exciting and informative and we hope this information will give those wondering about these candidates more information to make their decisions for the August 4th Primary Election.

Each question took about 6 minutes per round. You can fast forward to the area of your questions listed below (The intro and opening statements are about 16 minutes)

See “Lightening” Round Between Candidates Here.

QUESTIONS IN ORDER OF APPEARANCE…