Even The Washington Post opinion page says the Green Manifesto is “make believe” The following are just three reasons why..  Here is the full Washington Post Commentary article.

The Complete Resolution for the National Green Manifesto is here.

Manifesto introduced in the United States Congress as a Resolution… 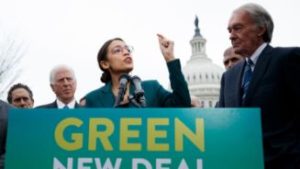 has moved Senate Bill 5489 to the Senate Floor: “Establishing a healthy environment for all by creating a definition of environmental justice, directing agencies to address environmental health disparities, and creating a task force.”

Three other items presented in Washington State mimicking the National “Green Manifesto” ;according to State Senate sources from the John Carlson KVI radio PodCast Here.(starts 20 minutes in.. ARE:

Ferndale School District passed their $112 Million bond issue by 6038 voters Approving and 3719 voters Rejecting the Financing of the Bond.( 62.04% to 37.96%). Congratulations are in order in this election to the Community of Ferndale that worked hard to communicate the facts on the bond. In Ferndale’s case there is a citizen oversight committee that will keep an eye on the project as it progresses.

The bonds passed even with the threat of more property taxes coming from local levies in the future. There is action in the State Legislature right now to increase the lid for local levy taxation from the mandated $1.50 per thousand by the McCleary decision legislation last year.

Our Story on the Bonds appears here.

1. HB 5313, SB 5316, and SB 5466 would provide a bailout to school districts by allowing administrators to push for higher local property taxes:

“Senator Lisa Wellman (D-Mercer Island), Chair of the Senate Education Committee, has introduced three bills, SB 5313, SB 5316, and SB 5466, to provide a bailout to school districts by allowing administrators to push for higher local property taxes, in violation of the court’s ruling in the McCleary school funding case.  If passed, the bills could result in increases in local taxes of up to $2.1 billion a year. ”  More Here