Cherry Point in North Whatcom County and the refineries in Skagit County are under attack by the State Legislature.

S5579-S.E AMH ENVI H2618.3  is a bill that would make it impossible for Bakken Crude to be delivered to any Refinery in Washington.  The legislation claims that Bakken (North Dakota) Crude by rail to Whatcom and Skagit Refineries is too volatile to be managed at the refineries unloading facilities.

The local refineries claim this will basically end production at the Cherry Point Refineries or force them to move oil on the Puget Sound from foreign and Alaskan sources.

Rep Sharon Shewmake (D) Bellingham said during her townhall in Bellingham in March that she understood the concern of the workers attending the townhall from Phillips and BP; that they very well might be displaced.  But was looking for a compromise from the Phillips refinery people. Rep. Shewmake serves on the Environment & Energy Committee in the house which has 8 Democrats and 4 Republicans.

News as of April 1st is that rail ban legislation has passed out of the Environment & Energy committee in the House on a party line vote and will move to the full House for a  floor vote. It has already passed the Senate.  Rep Sharon Shewmake (D) voted with the Majority Democrats  to move the legislation to the floor.

Late breaking: The Bakken Crude ban legislation at this point does not look like a compromise from the original; it only slows the timeline for implementation.

A WSPA study of the proposed legislation revealed  that the legislation: “1) has no scientific data to support the vapor pressure limitation issue, 2)  violates federal preemption and the Commerce Clause, and 3) would not stop Bakken crude transported through the state by rail (only that destined to be unloaded and stored here)”.

from Philips alone and this legislation would require at least 20 more tankers on the sensitive Killer Whale and Salmon areas of the Salish Sea for Philips.

It is believed that this is an ineffective measure that has no measurable positive impact on rail safety.

Click Here for a statement on the bill from Western States Petroleum Association (WSPA). 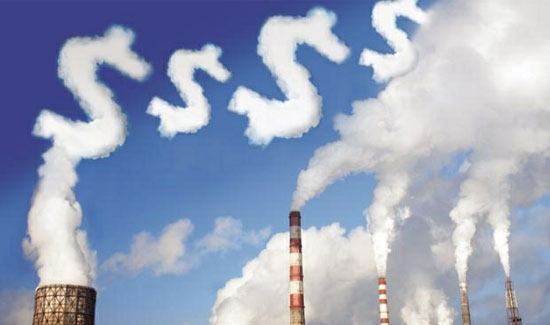 From a proposed Bill in Ways and Means in the Senate:

The Corner’s Point of View:

Clearly the battle to remove high paying domestic jobs here in Whatcom and Skagit County Continues… With these jobs under attack by Democrats the Bakken Crude and increased tax stories are two more examples of policy that works to make the refineries “go away” to “save the planet”.  There is little thought to the consequences of pushing these proposals.  It means that all fossil fuel products will be more expensive and the median wage in Whatcom and Skagit County will be enormously reduced.

Sen. Ericksen’s Pod Cast on new taxes and the attacks on the citizens of Whatcom County and beyond; is below. More reasons to think twice about new taxes and restrictive bills.

The new Whatcom Business Alliance Policy Center shows a chart of what is now collected in property taxes from Cherry Point Industries in Whatcom County.  It is true these values won’t go to zero if these companies leave but the effect on public services and property tax receipts was not even considered by the authors of the bills presented above.  In addition the Whatcom County Council continues to pass moratoriums stopping Cherry Point Industries from upgrading its facilities at all. The Fourth Corner article is here Below you will find links to our state Representatives in Whatcom Skagit and San Juan County. Contact them and tell them what you think about these issues.

And finally where do climate change and global warming environmental activists think these jobs and industries will go? Very likely to other countries or other areas where environmental rules do not protect the environment at all. 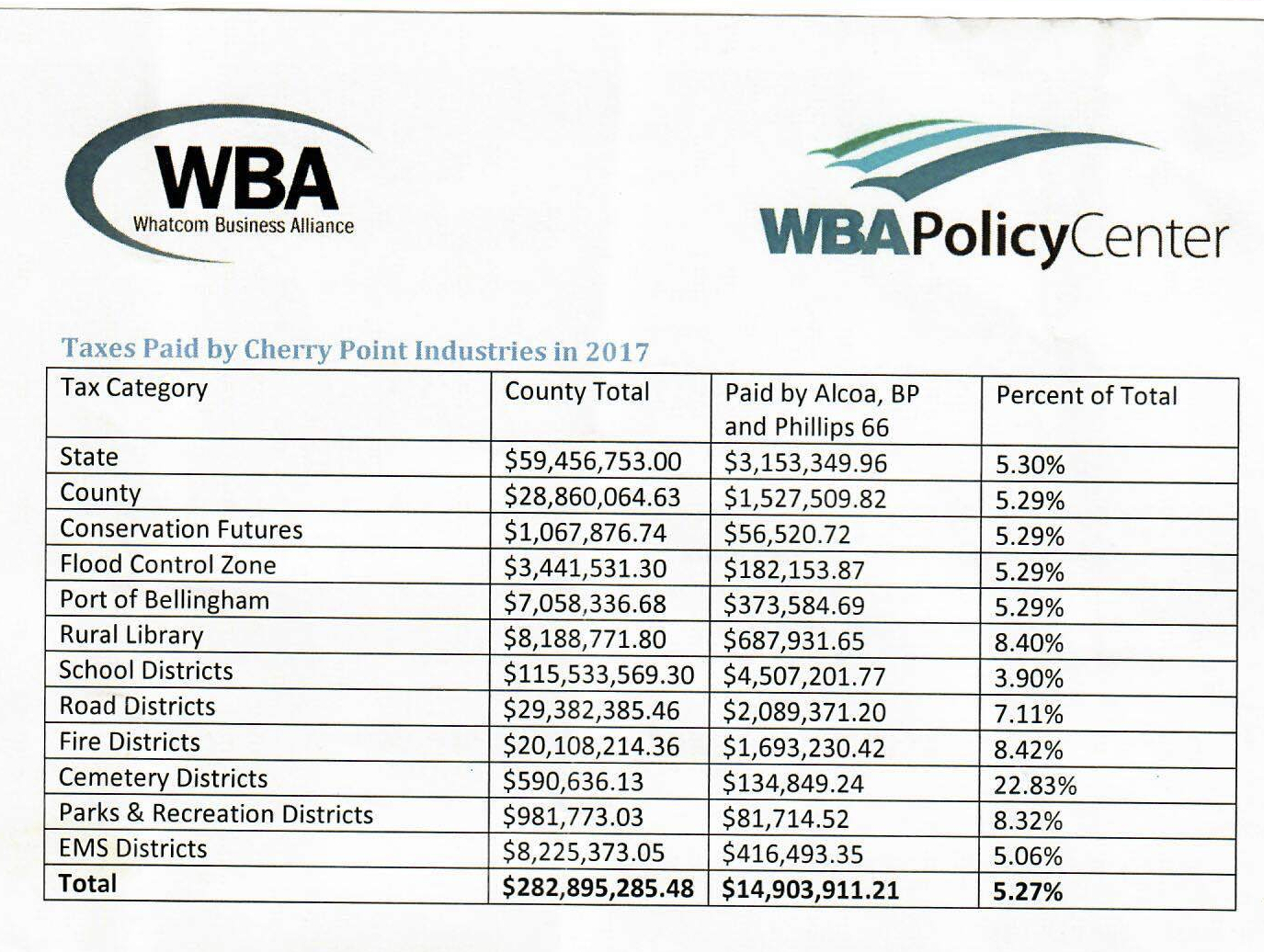 Thanks to the new WPAPolicyCenter for the chart above.

Save Family Farms reports a list of some of the accomplishments of the two years since the Portage Bay Partnership was formed, farmers note a number of positive developments:
● Water quality has markedly improved with 80% of the sites tested showing improvement in the last year; most are now meeting water quality standards.
● There is more monitoring and analysis being done by various government agencies than ever before.
● Over 5200 water quality samples have been analyzed in the last year alone. Inspection protocols involving dairy farms are more focused than ever on high risk application times –– those times of the year when rainy weather can allow manure to runoff and when crop growth isn’t sufficient to take up the nutrients.
● Septic systems are now more routinely checked.
● While an EPA DNA source study showed no sign of cattle markers in water entering Bellingham Bay, farmers have worked hard to secure funding for additional DNA testing to find out more precisely the animal sources contributing to water quality concerns. That testing is now being conducted.
● Farmer partners through the six Whatcom County Watershed Improvement Districts, have successfully lobbied the Whatcom Conservation District and the Washington Conservation Commission for funding to support Portage Bay shellfish bed improvements, helping secure approximately $250,000 in funding.

Here is the full press release from Whatcom Family Farmers

Yet even as farmers improve the communities in which they live:

The big differences between Rural and Urban interest manifest themselves in a more anti farm attitude  legislation.

From “Farmers pay no taxes”,  to attempting to pass legislation for farmers to report whether they have slaves employed; to charging a an expensive head tax on LEGAL immigrant workers; the Washington State Legislature seems to be turning its back on Northern Whatcom County farmer’s concerns. (Washington Policy Center) has a link here.

The Fourth Corner has reported on the Slavery bill Here. The good news is this did not clear the Senate  Committee and is dead in this session.

But there is now another challenge to farmers from mostly urban lawmakers and it has passed the Senate its ESB 5438 here The bill creates a new bureau within the Employment Security Department and the department will be empowered by the legislature to “tax” a farmer at a per worker rate above the $2500.00 the Federal Government charges.  No other state has created this new Bureaucracy.

Basically the legislature is making it much more expensive per worker (head tax) to legally bring in temporary workers from other countries and it is allowing a government department to raise a tax without direct legislative approval.

4.  Seattle liberal establishment fights back on “Is Seattle Dying” show.

5. Eric Johnson continues to defend his story that “ITS DRUGS PEOPLE” not homelessness should be the story.