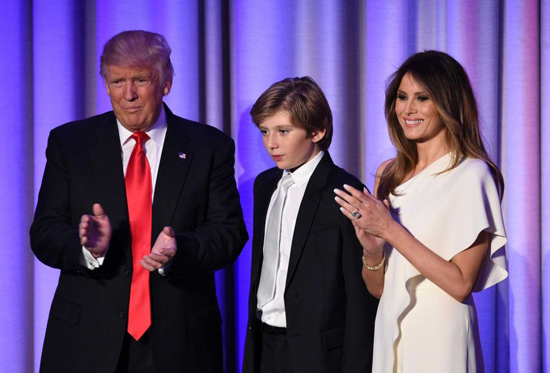 Special to the Fourth Corner from Sen Doug Ericksen.

While you might not read about this in your local newspaper or you hear it on the Seattle based evening news, Pres. Trump enjoys a higher favorable rating than Gov. Jay Inslee. 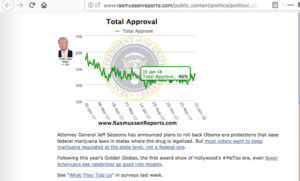 The Rasmussen Report was one of the most reliable polling operations in the 2012 and 2016 Presidential Elections.  They currently have Pres. Trump enjoying a 46% approval rating…read about it here.

Elway Polling is a professional polling firm that tends to error on the side of liberalism.  They currently have Gov. Inslee at a 43% approval rating.

I know what you are thinking.  How?  Why?  This cannot be.  People hate Donald Trump.  I see it on the news every night and read about it every day that America hates Trump.  Hollywood hates Trump.  The Seattle Times Editorial Board suffers from Radical Trump Compulsive Obsessive Hatred Syndrome.

Over 90% of all media coverage of Pres. Trump is negative.  A large amount of that 90% crosses the line fo negative into the world of pathological hate. 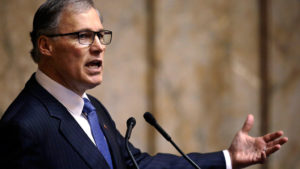 On the other hand the leftist elite media treats Gov. Jay Inslee like a china doll that might break by even whispering negative comments, let alone writing them down on paper or reading them from the evening news tele-prompter.

Here is the why that the media elites do not understand.

Gov. Inslee makes campaign promises he has no intention of keeping.  Such as “now is the not the time to raise taxes.”  “We will not raise taxes”.  I think that picture is also very clear.

The better Pres. Trump is doing the more the liberals, Democrats and elite media lose their credibility.   Take a look at tax reform.

Pres Trump’s tax reform package is helping working families.  $1000 and $2000 bonuses are flowing to workers.  Wages are increasing.  Jobs are being created.  Unemployment is at all time lows for blacks and hispanics.

Gov. Jay Inslee?  While he promised not to raise taxes he is pushing a massive new energy tax on working families.   Gov. Inslee is proposing a 90% increase in the already nation leading gas tax.  He is proposing a huge increase in family home heating bills.

And the kicker to Gov. Inslee’s tax hike scheme is that it exempts corporations. Where is this claim? In the legislation he, who has the most lobbyists, win in Inslee’s plan. See the bill here.

Inslee even exempts the jet fuel in corporate jets from paying the energy tax.  I am sure all of us will be happy about that the next time we ride in a corporate jet to our golf vacations in Aruba.

You can almost sum up the approval ratings by looking at people’s pocketbooks.

Trump is putting money in the family bank account while Inslee is trying to take it out.