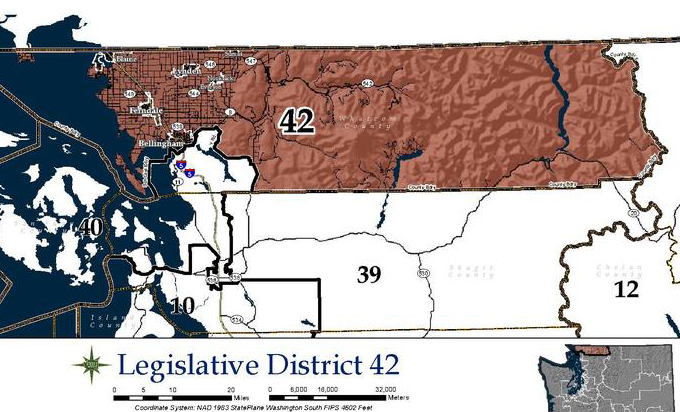 Challenger Jennifer Sefzik has a 729 vote lead over Incumbent Sharon Shewmake with 600 votes to be counted in a Primary election that turned out over 60% of registered voters.  This is a record turnout going back to at least the year 2000 for a primary election. It beats the nearest primary by over 10 percentage points.

This is a notable occasion for both parties considering a 4 percentage point win by Sharon Shewmake over the incumbent just two years ago.

Here is a statement from vote leader Jennifer Sefzik:

“Thank you doesn’t fully express my gratitude to the voters of the 42nd for the outpouring of support to our campaign.  Our campaign has been fueled by hundreds of donors and an army of friends, family and volunteers, many of whom I have met for the first time. This truly has been a grassroots effort consisting of concerned citizens who feel like they have been ignored by my opponent.  As we talk, it is clear that many are struggling through these difficult times and hurting from their many losses:  jobs, businesses, reduced incomes, school, freedoms and normalcy.

I will continue to advocate for reasonable solutions moving forward to protect our constituents without threat of more taxes. The results to date continue to show us in the lead and I am excited as we move toward November.  Regardless of our primary lead, I promise to work as if we are 10 points behind.  We will not let up and together we will prevail in November.  Thank you for inspiring our campaign forward.”

“Whatcom County elections are always exciting. I want to express my genuine thanks for all my supporters for their faith in my leadership but I also want those who are frustrated with the state of affairs that I am committed to working hard on their behalf as well. We might not always agree on every point, but when we sit down and have conversations on the issues, we learn about each other, work out win-win compromises and we all come out ahead. I’m committed to this work.

VanWerven uses record turnout to turn around election from two years ago.

In a a turnaround from two years ago; as of Aug 7th; Rep Luanne VanWerven holds a 52% to 48% lead over challenger Alicia Rule.  Compared to 2018 Rep Luanne VanWerven increased her portion of the vote by 8 percentage points having garnered just 44% in the 2018 Primary before going on to win the general election by 86 Votes.

Alicia Rule, is the challenger in the 42nd seat held by Luanne VanWerven

The Fourth Corner asked for comments on the election results from both candidates in the race.  At this point we have not received Alicia Rule’s comments.

“The results of the Primary Election was gratifying but not unexpected. As we connected with voters over the last couple of months it became very clear that the voters were increasingly concerned about the direction Whatcom County and  our state. Tax increases, safety and economic turmoil were on the top of people’s minds. There is the obvious recognition that one political party has been in control of our state for too long and it’s time for a change. I look forward to connecting with voters about my positive vision for our state and the 42nd District. We will need my experience at the helm to fight for the values and priorities of our families and small businesses.”