The Region 10 Director for the EPA at the time of the What’s Upstream campaign answers questions.

On June 14th The State (Senate Energy, Environment & Telecommunications) Chaired by 42nd District Senator Doug Ericksen held hearings on the confirmation of Governor’s Inslee’s appointment “Dennis J Mclerran” to the Puget Sound Partnership Leadership Council. (A board of directors like structure for the Environmentally based Puget Sound Partnership).  This confirmation hearing was a rarity. Many gubernatorial appointees who are technically subject to Senate confirmation serve without ever being summoned for a hearing.

Sen Ericksen: “Today, will you condemn the What’s Upstream program?”

Mr. Mclerran: “Condemn is not a word I would use,” McLerran said.

Senator Ericksen asked whether McLerran would characterize the campaign as “wrong.”

It was soon found that: the ads and “The website featured a photograph— not taken in Washington — of cattle standing in a river and salmon that apparently had died after spawning, a natural occurrence. The implication was that farming in  Washington state is not adequately regulated.”

A synopsis of the What’s Upstream controversy/case appears here

Here is the TVW coverage of the hearing the Mclerran hearing runs the first 44:00 Minutes

Senator Short begins the questioning at about 7:00 Minutes

Senator Short asks about the West Point Dump of Sewage vs Agriculture at about 29:30 Minutes

Senator Ericksen asked if Mr Mclerran would condemn the What’s Upstream campaign at about 20:00 Minutes 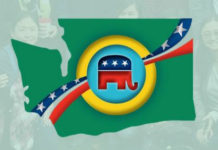 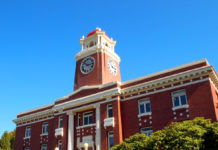 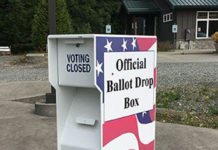 Equal Access to Ballot and Registration may be Denied by Democratic Passed State Law!