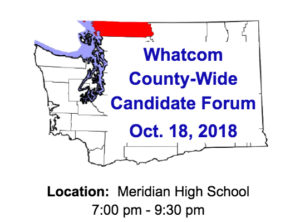 You may recall The Cambodia Story:

“What in the world is Senator Ericksen doing in Cambodia?”

You may recall that charges or allegations or innuendos have been made against Ericksen and Buys on their trip to Cambodia in the Spring and in July suggesting various ethics violations…None of which have turned out to be true. (See Seattle Times Story Below…)

Over the weekend of Oct 13 news came from the government of Cambodia and from Doug Ericksen and Vincent Buys.

As it turns out there is “more to the story” than two legislators taking a junket to a foreign country.  During those trips they met with the Prime Minister and talked about trade and other issues.

“Other Issues” turns out to be a remarkable offer by the Cambodians to reopen the country to Americans search for MIA’s which had been previously suspended.

For the Fourth Corner Editor… this issue strikes an emotional cord and I thank the Senator and Representative and The Prime Minister of Cambodia for reopening of Cambodia to the search for MIA’s lost during the Vietnam War.  I served in the Air Force during that time as millions did and one of the memories of 1975 was POW’s coming home as well as the remains of MIA soldiers so their families could have closure.  It was a very divisive time but the country was united in getting our loved ones home and healing our country.

So it is good to hear from the following press release the Prime Minister of Cambodia responded to a letter from Senator Ericksen and Representative Buys to reopen the search for 48 MIAs believed to be missing in Cambodia.

Here is the Press Release from the legislators: Two Washington state lawmakers are optimistic about future relations with Cambodia, following discussions with government officials that led to the resumption of the search for the remains of Americans missing in action from the Vietnam War.

“Families of those Americans who are missing in action have spent nearly 50 years seeking answers about their loved ones,” Ericksen said. “I’m very happy our discussions with Prime Minister Hun Sen played a part in hopefully offering comfort to parents, spouses and children of our service members.”

Representative Buys said the meetings have been positive. “It became apparent the MIA/POW program was very important to the Prime Minister,” Buys said. “I believe this is a very strong gesture of Cambodia’s desire for better connections between our two nations.”

The U.S. government lists 48 Americans as still unaccounted for in Cambodia. 42
remains were recovered before the program was suspended a year ago.

According to Ann Mills-Griffiths, Chairman and CEO of the National League of POW/
MIA Families, “Prior to the temporary suspension, Cambodia was viewed as the gold
standard of POW/MIA accounting cooperation. We are deeply grateful that Prime
Minister Hun Sen has lifted the suspension and resumed bilateral humanitarian
operations to bring answers to the families whose loved ones are still missing in
Cambodia. We deeply appreciate the initiative taken by Senator Doug Ericksen and
Representative Vincent Buys to help restore US-Cambodian accounting efforts in time for field operations during the dry season.”

In an October 2nd letter to the Prime Minister, Ericksen and Buys urged Prime Minister Hun Sen to resume the search for MIA Americans as a signal that Cambodia wished to improve its relationship with the U.S. In his response today the Prime Minister said, “As we have discussed before and at your personal request…my Government, in the same compassionate spirit, agreed to resume this important POW/MIA field mission.”

Ericksen said Hun Sun’s gesture sends a positive message for the future. “We are
looking forward to building upon the relationships we have built with the people of
Cambodia to improve economic, cultural and political ties between our nations. This is a big step in the right direction.” 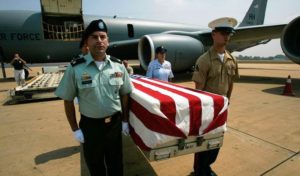 Link to the Khmer Times article

Melissa Santos, a reporter for the Seattle Times, wrote an article titled “What in the world was Senator Ericksen Doing in Cambodia?”  She was editorially concerned about the Senator (accompanied by Rep Buys) observation of the Cambodian election and their travels. Following is the link to the article.  The above seems to tell a different story…

Attend the Forum put on by a wide variety of sponsors listed below .