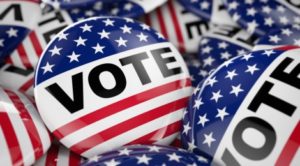 Remember to VOTE Ballots are due August 7th.

Here is the farm Bureau link honoring Senator Ericksen and Rep. Taylor of the Yakima area.

Meanwhile WWU Political Science Professor and County Councilman Todd Donovan with the agreement of Councilman Buchanan have let their friends on Social Media know that they believe that ‘GOP’ members are:

As shown; the facebook entry was Professor Donovan’s partisan response to the national press calling the President a traitor.  The propaganda is getting extremely thick and we haven’ t even voted in the 2018 midterm Primary yet.  Does this kind of name-calling raise the political debate in Whatcom County…You decide.

Todd Donovan’s statements are only the latest in a long string of democrats defining everyone with opposite partisan views in a denigrating (deplorable?) way.  Many find it “off putting” to have a conversation with anyone who stereotypes people in this or any way.

This facebook piece by Councilman Donovan prompted the Fourth Corner to do some more research and we found that WWU and Mr Donovan are involved in the following activity and we thought you should as least be aware of these facts.

E-mails that include Todd Donovan in his position as a State Employee show recruitment of paid interns for the opponent of Sen Doug Ericksen’s in the upcoming election:

An e-mail dated May 24th of this year using WWU e-mail addresses and servers… recruiting interns for Democrat Tim Ballew’s State Senate Campaign against Republican Senator Doug Ericksen’s in the 42nd District.  Even though this may be a non-partisan program for students at WWU; sources tell The Fourth Corner that no local Republicans were contacted about the availability of this program.  Here’s the e-mail exchange: NOTE: May 24th is just 6 days after filing for office closed. And while students are still in the Spring Quarter.

The campaign to elect Tim Ballew II to the Senate is underway and they are still looking for interns.  They also have paid Field Organizer Positions available.  You can find details about all of these opportunities in the enclosed attachments.

Thanks for your help—we’ve received some great applications!

I’m reaching back out with more good news. In addition to our intern positions, we’re now hiring for a number of further positions with People to Elect Tim Ballew II. We would so appreciate if you could also help us circulate these among the students in your programs!

These are really exciting opportunities to join a strong, principled, well-resourced campaign team working right here in Whatcom County. Students shouldn’t hesitate to reach out to me directly with any questions!– 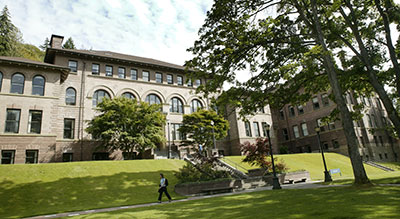 In a second e-mail dated June 13th The Ballew campaign has another position available and the Political Science Department is recruiting applicants again:

Attached is information about another internship with the Tim Ballew II campaign for Senate if some of you are still looking for opportunities.

“Tim Ballew II’s Campaign for State Senate in the 42nd District here in Whatcom County is seeking a Media Intern. Please find attached a job description.  We are hoping to bring someone on as soon as possible, preferably before the end of June.”

No matter where you stand on issues and campaigns it is time to vote… Ballots are due in to the Auditor on August 7th.