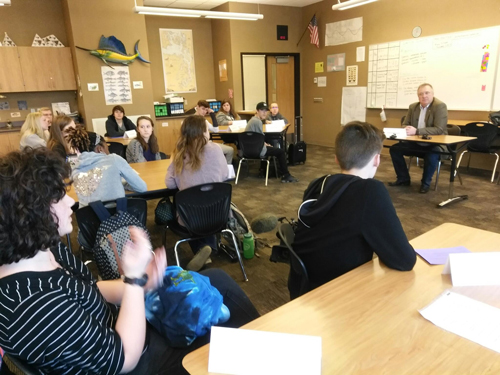 What seems to have been a novel response to the shootings in Florida… Local Senator Doug Ericksen of the 42nd Legislative District held a listening event at Meridian School District on Wednesday March 21st .  That report from the Bellingham Herald is here. 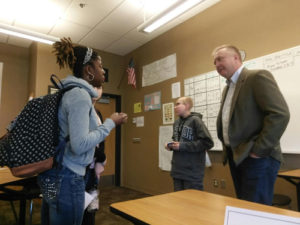 Meridian School District was the only District to accept Senator Ericksen’s offer.   Although sources state: “ Sen. Ericksen contacted each public high school in Whatcom County offering to meet with students on school safety and gun issues.” The Report on King 5 is here.

Local Report on March for Life…

The March 24th “March for Life Rally” in Bellingham was said to have drawn 3,000 on a cold Saturday Morning. Your editor attended the early part of the event, in front of the Bellingham City Hall and would estimate a little less than 3000.(Civic Field South Stands hold 2800 and this crowd was not half that.)  BUT, in fact, participants were coming and going throughout the time I was there. Please see the Bellingham Herald Article Here.

People were in constant motion as students spoke from the steps of City Hall… Most of the attendees were much older than the Students speaking.  I was clearly struck by the older make up of the crowd and the tents set up just across the street from City Hall that seemed to indicate a different goal than originally intended for this March for Life. 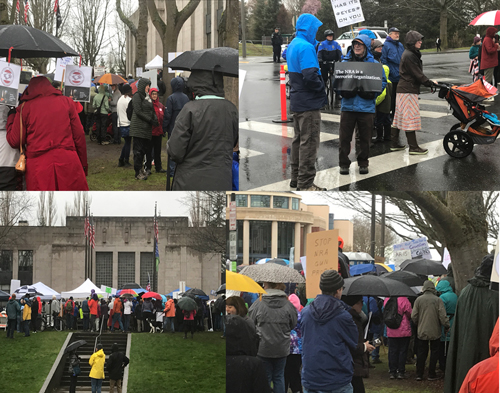 The tents next to the “March” all had information on their particular political views. There seemed to be little if any information on specifically what the “March 24th Group” wanted to do as far as the Florida Shooting or even gun control. 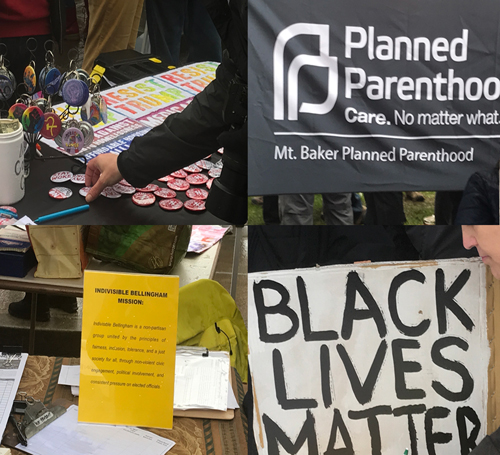 From “resist Trump” to “Planned Parenthood” to “Indivisible Bellingham” (a group set up after the election to organize against Trump) and “Black Lives Matter” all were on the scene as well as the “Justice Coalition” of Bellingham.  Each had their sign up list and petitions.

Finally this was supposed to be an experience for students in activism and the School System was supportive of this event.  Providing parking and a place for a “Volunteer Mobilization Center” at Whatcom Middle School. The Bellingham district fulfilled its responsibility to be part of the Community. Parking in front of the school was used by several people attending the march. 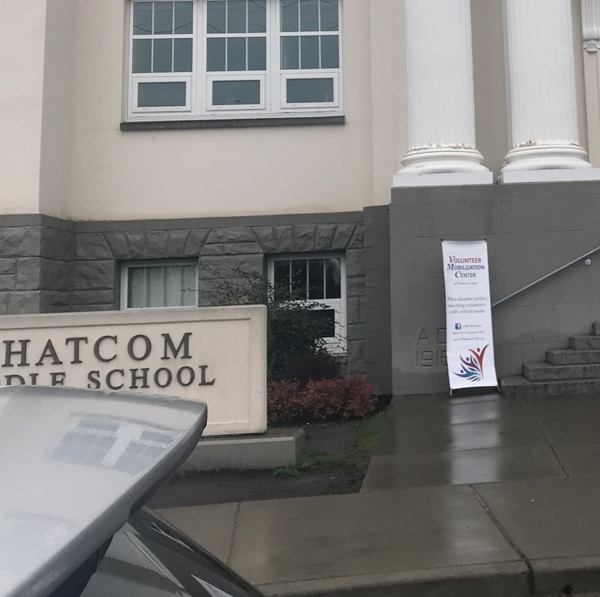 From the Editor: OPINION

For a former School Board Director it is sad to see the media hype and politicalization of this very important issue. The only way to make certain that Children learn anywhere is to make certain they feel safe and in fact are safe… It is everyone in the school districts duty to work to make that happen not just one political group or another.

That is the highest priority in any district. How that is done has to be a school community decision. Even academics comes second to that. Schools as bootcamps?… well maybe not… but I just returned from California and formerly open campuses are “hard” fenced to 10 plus feet and there is only one door in to anyone where there used to be 15.

The need for protection is a paramount discussion and  no ones ideas are idiotic when it comes to this tragic violence and protection of our children. Maybe its trained teachers; maybe its trained security or real cops or anything else that works to stop an attitude in the U.S. that seems to reflect that somehow schools are a place for murder.