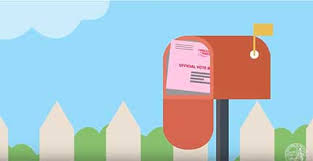 In a predictable Democratic Party response the State party chair proceeds to ignore the facts in her response and blames COVID for the Lummi Nation voting activities… And I have yet to find a place where the Nation itself has responded to these allegations.  From personal research it is obvious that the videos were purposefully removed by persons unknown from the Lummi Nation’s facebook and web page. The article the Democrats are trying to impugn is below.

“After reviewing these videos, it is clear that Lummi Native Votes participated in an illegal scheme to bribe tribal members to vote under the guise of a Get-Out-The-Vote campaign. Sadly, it appears that they are just one of many groups across the nation who have decided to flout the law in order to help Democratic candidates win. Voters should turn in their ballot because they want to participate in the electoral process, not because they they’ve been offered cash-value prizes, free food, and other swag.

These clearly illegal tactics severely disrupt the confidence Washingtonians have in our election system.”

During one video posted to Facebook, the Lummi Votes representative claims that the first 250 people to bring their ballot in to their event will get lunch, t-shirts, bandanas, etc.