The Donkey has a New Coat ( a story of liberal organizations) 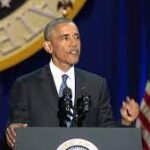 had moved to an unfamiliar town.

Before we get to why that is important, a step back to recent history.  Organizing for America, (OFA) started as a community organizing project by the Democratic National Committee in 2009.  In 2013, it changed to Organizing for Action.  At the beginning of 2017 and “Indivisible” started popping up across the nation and in our state and counties. These are the same people of OFA.

Funding for Organizing for America Activities

More than 100 years before now, Indivisibles were known as American socialists and/or communists.  They simply changed their name, as easily as donning a new sheepskin coat. Their goal was, and still is, to disrupt Conservatives, Independents and Democrats who will not tolerate the destruction of the country they love.   After Joe Biden became President, the goal includes passing legislation that will turn this country so far to the Left that our Country will stagger and fall.

Organizing for America/Indivisibles is organized throughout the Country

A bit of data for thought:

Small numbers, small people, trying to appear as many by braying and stomping loudly.

all over Washington State, parading beneath different coats and under many different names, like Sequim Good Governance League (SGGL) in Sequim,  WA.  The SGGL say they support and promote good governance.  The implication is that the 4 Republicans on a 7 member City Council are not honest, open, inclusive or ethical;  therefore Sequim needs a change.  The words SGGL use are misleading.  They change their coats and try and make you believe they mean good for our community.  All the time celebrating their Marxist movement with Marxist doublespeak.

What SGGL really means is that they want their Progressive agenda and to change Sequim from a conservative rural community, which it is, to a Progressive city, which it is not.  Their aggressive actions and the untruths that trill so easily from their lips are nothing more than “wrap around smears.”

Who is funding these progressive groups in Sequim and your neighborhood? 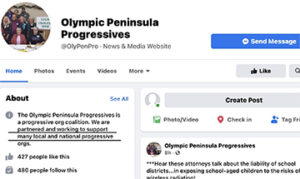 In attacking the Sequim City Council, the SGGL act like they are working their way through choreographed public comment periods addressed to the City Council.   Don’t think SGGL is an isolated group.  The same scenario is being played out in Bellingham, Whatcom County, and all over our country, especially in small rural communities.  Now, the importance of  President Obama words in his farewell speech of thanking every organizer that moved to an “unfamiliar town” is that they are among us.  Some of the members of the recently formed SGGL are very new to Sequim. 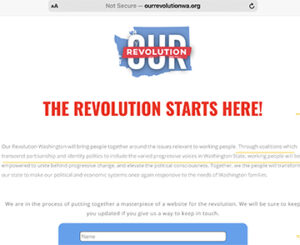 What is your newly clad donkey named?  Regardless of the name, the goal is the same, to destroy our town, our county, our state, our country!  They are coming after us, with the determined, unthinking fanaticism of religious zealots.

The fix is to get focused, identify them, get busy, talk to your children, family, neighbors and friends. Identify them, vote them out and ask aloud, “Where has Marxism ever been successful”?

I worked. I retired. I expected to read books, go for walks and grow old.  I am succeeding at the last.  But there is still work to be done. I love my Country.