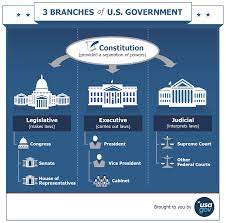 Wendy Harris of North Whatcom County who is a well known anti-growth activist and winner of the Northwest Citizen de Armond award for citizen journalism  with articles written in the Environmental Cascadia Weekly publication.  Winning the award is here.

She also has a facebook page called the Whatcom Hawk.

From the Whatcom Hawk group “About”

“Whatcom Hawk discusses local politics, the environment, land use planning and natural resource issues from the perspective of what is is good for the public, the land, and the wildlife.”  She has, at times, been at odds with those who want to retain industry and the jobs that go with it at Cherry Point.

In her musing in one of her posts… shown in full in quotes below…she takes the executive to task for his seeming participation in Council Meetings expressing concern that “he acts like he’s still on the Council”. And other separation of power issues.

“After A Year, The Executive’s Performance Does Not Impress:

Zoom screen, feeling free to weigh in with his opinion on the programs and policies his own staff is pushing before the council?

He speaks as if he was still a member of the council. But he is not. He is the County Executive, and as such, he is head of the administrative branch of the county government. All staff planners work for him. The council is the legislative branch of government.
There is a reason that we have separation of powers. It helps to ensure the equalization of power and was part of the checks and balances created by the founding fathers. It prevents one person or small group from acquiring too much control over the government and as such, it protects the public’s interest in a democratic government.
These are important rights and need to be respected, taken seriously, and enforced. Until now, they have been. I have never seen any other County Executive act in such a nonchalant way about meddling in county council affairs.

Until now. Executive Shidhu has shown a disregard for protocol and processes that extends beyond his frequent visits to council meetings as a participant. The Executive’s fingerprints are all over the “stakeholder group” of industry and a few environmental groups that is acting on behalf of the Council in negotiations for the Cherry Point comp. plan. Forming stakeholder groups so that others can find the solutions to an issue is the Executive’s modus operandi. I requested the authority under which this stakeholder group was formed and received none, only a ridiculous claim that the council can always ask questions of any citizens.
Apparently, it can also cherry pick environmental groups to represent all of us without regard to whether or not we agree with the predetermined decisions that were made, and provide these groups and the Cherry Point industry special privileges and access to the council as well as special consideration of their work product.
The Executive was proactive in attempting to persuade the state legislature to provide money on behalf of farmers fighters against the tribal water adjudication so that they could try to work out a settlement, something that should have happened over the last 30 years and not when the farmer’s ability to steal water and ignore treaty rights was finally being challenged.
And he was recently in a Seattle magazine promoting a desire for build a brand new city for 350,000 people next to BP. There has been no public input or comment on the wisdom of such a major undertaking in such as setting. This concerns me for a number of reasons, one being that it is my experience that the Executive has not shown himself to be sensitive to public health and safety concerns.
I call this to people’s attention so that they start paying more attention to the issue and understand why following proper procedures and processes matter. This is how we protect our health, ecosystem function and open and transparent government. It was appropriate to give the Executive a year in office without judgement, but he has had more than enough time now to be held accountable for forwarding his own pro-growth agenda without providing us with transparency and accountability. When someone tells you that 2020 was a great year and the county is stronger than ever, and that neighbors came together to help each other, you know you are being feed proproganda and half-truths and it only increases everyone’s distrust in government.”