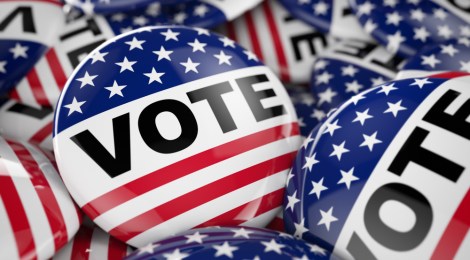 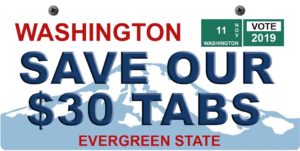 ALL WASHINGTON VOTERS: VOTE YES ON I-976 IN NOVEMBER

For 20 years, taxpayers have passed this protection.

ROUND 1 – In 1999, voters passed I-695’s $30 cap on vehicle license tabs. Court vetoed it but the 2000 Legislature immediately adopted it. Democrat Governor Gary Locke said: “We will not return to the days of high license fees – $30 license tabs are here to stay.”

ROUND 2 – In 2002, voters passed I-776’s $30 cap. Court upheld it on single subject rule and other issues. Court came back later and said I-776 did repeal Sound Transit’s vehicle tax but since I-776 didn’t mandate bond retirement (I-976 does require it), the tax remains.

Thanks to ROUNDS 1 & 2, vehicle tab costs stayed low for almost 14 years. But vehicle owners are getting hit with skyrocketing vehicle costs.

ROUND 3 IS NEEDED – 352,000 people got I-976 on the ballot. So now voters have a chance to protect themselves from skyrocketing taxes.

I-976 caps vehicle registration costs at $30 per year for everyone in the state (cars, light trucks, SUVs, & other vehicles) and gets rid of state and local taxes and fees on vehicles.

I-976 repeals the dishonest, inaccurate vehicle valuation schedule that’s got everyone so upset. I-976 prevents state and local governments from artificially inflating the value of your vehicle(s) to bring in more taxes than they should. No more price gouging.

I-976 prohibits state and local govts from imposing dishonest vehicle taxes. Sound Transit lied to voters about the costs. I-976 is a do-over for voters now that we know the truth. Getting rid of their dishonest vehicle tax gives back $7 billion to taxpayers. ST’s own report shows that I-976 only affects a small portion (13%) of ST3’s $54 billion.

Every day, farmers, ranchers and manufacturers transport their products to ports to be sold all over the world. Thousands of Washington jobs in every corner of our state depend on being able to move goods quickly, which means they depend on safe, well-maintained roads and railways.

In the last dozen years, one million people have moved to Washington. That rate of growth has put tremendous pressure on all parts of our transportation system. To deal with this challenge, in 2015, the Legislature passed “Connecting Washington,” which makes investments in every part of our state. This package reflected the work of Republicans and Democrats to improve the safety of bridges and overpasses, and to increase the capacity of congested and narrow highways.

By eliminating $4 billion in transportation funding, I-976 puts needed projects at risk—major road projects, certainly, but also other needed transportation improvements to ferries, railways, and transit systems. In fact, if I-976 passes, lawmakers will have to redesign the entire transportation budget. This would delay many projects and result in others being canceled completely. Other services would also be at risk, including funding for the Washington State Patrol.

I-976 is a statewide initiative that overrides local voters and communities, and takes away money for projects that are already voter-approved. Why should a statewide vote take away local control?

While the recent population growth has been uncomfortable for many, we need better transportation, not worse.